Boyes Drive is a scenic road across the side of the mountain overlooking False Bay.

Ships used to come down the Indian Ocean or East coast of Africa, trying to find Table Bay, where Cape Town is located, to pick up supplies on the way to Europe.  Sometimes they would reach this large bay and enter too soon, not knowing that they had not made it around the Cape. This first bay came to be known as False Bay.

False Bay is where Surfers Corner is located. It lies on the extreme western end of the bay. The beach runs east for more than 60 kilometers from there!

These are just a few shots I took this morning, traveling above False Bay on Boyes Drive. 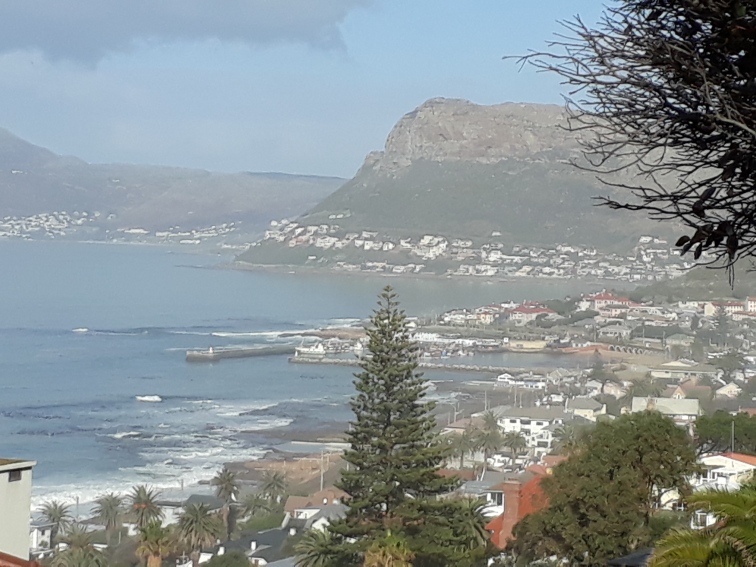 This view is looking south toward the Cape of Good Hope. There are a number of towns along the coast.

I was actually headed down that way to surf this morning but there were too few people in the water.

False Bay is Great White territory. They just call them “White Sharks” here. Lots of cage diving happens in False Bay.  More on how I feel about that later.

The point I’m trying to get to here is that I don’t go in that water, unless there are lots of surfers out there. It feels safer then. Like there’s more targets for a hungry predator. I also like the kids to be out there on their short boards. They look more like seals and I do.

Tomorrow I’ll go in. Saturday there are always lots of people!